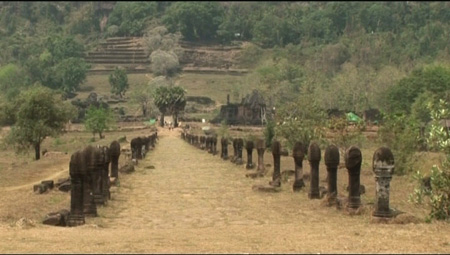 The Wat Phou archaeological site in Laos has brought to light proof of an entire Khmer city contemporary with the city of Angkor in Cambodia. The director of the excavations, Patrizia Zolese, began the excavation campaign during the Nineties, basing her intuition on some rather scarce mappings and scientific documents which were handed down by her French predecessors from the beginning of the century. Following some extended and difficult scouting and excavation works, she managed to obtain permission from the Laotian government to systematically continue her scientific research. Today, the area has become the most important archaeological park of Southeast Asia and has been declared a World Heritage site by UNESCO. One of Professor Zolese's young students follows daily life on the excavation site and discovers the relationship that has been built up over this twenty-year collaboration period between the Italian mission, government authorities and the local population that is doing its best to rediscover its own cultural identity.