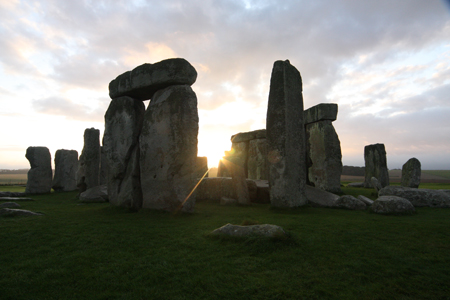 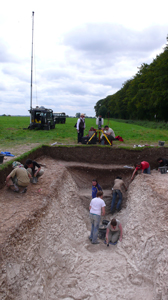 Dated to the late Stone Age, Stonehenge may be the best known and most mysterious relic of prehistory. Every year a million visitors are drawn to England to gaze upon the famous circle of stones, but the monument's meaning has continued to elude us. Now, investigations inside and around Stonehenge have kicked off a dramatic new era of discovery and debate over who built Stonehenge and for what purpose. How did prehistoric people quarry, transport, sculpt, and erect these giant stones? Granted exclusive access to the dig site at Bluestonehenge, a prehistoric stone-circle monument recently discovered about a mile from Stonehenge, NOVA cameras join a new generation of researchers finding important clues to this enduring mystery.