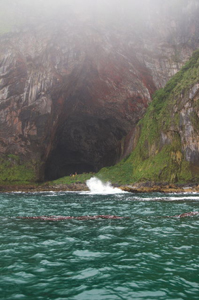 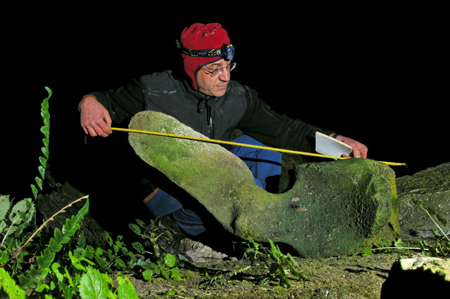 In February 2000, a team of cavers exploring for the Earth Centre Association raft the wild coast of the island of Madre de Dios, in the archipelago of Chilean Patagonia. There, in a giant cave eight meters above sea level, they discover a variety of large whale bones. Returning in 2008 to solve this mystery, the team struggles to set foot in the Whale Cave. On their journey, they discover other caves retaining traces of a people almost extinct, the Kawesqar Indians, nomads of the sea. Braving the weather, the team finally reaches the entrance of the Whale Cave, where they encounter many surprises that allow the scientists to propose an original hypothesis to explain this extraordinary phenomenon.