“Inner and Outer Archaeology: A Life in Film” 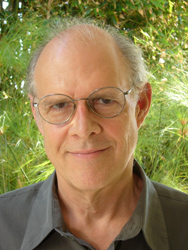 David Lebrun has served as director, writer, producer, cinematographer,animator and editor on more than sixty films including films on the Mazatec Indians of Oaxaca, a 1960s traveling commune and Tibetan mythology.  He has a special history with TAC Festival, having won our Best Film award both in 2009 (with Breaking the Maya Code) and in 2014 (with Dance of the Maize God).  He is the only filmmaker with this distinction.

Mr. Lebrun attended Reed College in Portland, Oregon, and the UCLA Film School.  He came to film from a background in anthropology and philosophy, and many of his films are attempts to get inside the ways of seeing and thinking of specific cultures, combining techniques of documentary, experimental and animated genres to create a style appropriate to the culture and era of each film.  He served as editor on the Academy-award winning documentary Broken Rainbow, about the Hopi and Navajo of the American Southwest.

Lebrun’s experimental and animated works include the radical editing styles of Sanctus(1966) and The Hog Farm Movie (1970), his work with the multimedia group Single WingTurquoise Bird, the animated film Tanka (1966), works for multiple and variable-speedprojectors such as Sidereal Time (1981) and Wind Over Water (1983), and a current multiscreenperformance piece, Maya Variations.

Lebrun’s feature documentary Proteus premiered at the Sundance Film Festival in 2004 and has won numerous international awards.  Animated from period paintings and graphics, Proteus tells the story of 19th century biologist Ernst Haeckel, who found in the depths of the sea an ecstatic and visionary fusion of science and art.  Proteus explores the sea through poetry, oceanography, technology and myth.

Lebrun’s documentary Breaking the Maya Code, on the history of the decipherment of the ancient Maya hieroglyphic writing system, was produced under major grants from the National Endowment for the Humanities and the National Science Foundation. The feature length version premiered at the 2008 International Festival of Films on Art in Montreal; shorter adaptations were produced for the PBS program NOVA and Europe’s ARTE France.  The film won top honors at film festivals in St. George, Utah; Irun, Spain; Nyon, Switzerland; Athens, Greece; and Cracow, Poland; as well as at TAC Festival.

Dance of the Maize God, produced under a major grant from the National Endowment for the Humanities, enters the world of exquisitely painted Maya vases to explore the royal life and rich mythology of the ancient Maya, as well as the tangled issues involved in the collection and study of looted art.  It has received Best Film awards at archaeology film festivals in Rovereto, Italy, and Hilton Head, South Carolina, as well as at TAC Festival.