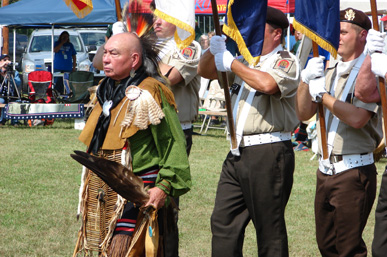 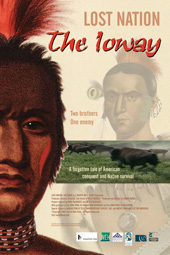 In 1824, during the twilight of Native American dominion, two conflicted Ioway leaders met with William Clark, one of the principals of the earlier Lewis and Clark Expedition, to sign a momentous treaty. White Cloud saw cooperation as survival for his people, while Great Walker regretted the loss of their ancestral homeland. This pivotal moment led both men to different tragic destinies in their battle with epic change. Ioway Elders join historians and archaeologists to tell the dramatic and true story of the small tribe that once claimed the territory between the Missouri and Mississippi Rivers from Pipestone, Minnesota, to St. Louis. What was a quest for survival in the past has become a struggle to retain a unique Native American culture and language in the present.