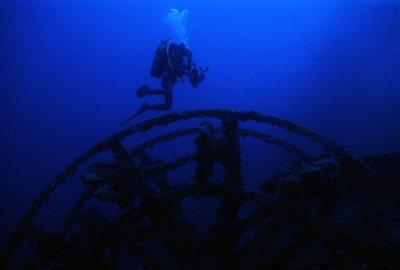 This documentary concerns the historic steam engine paddle ship Patris, which sank in 1868. This type of boat is unique because it used wheels for movement. It was manufactured at a time before the advent of the screw propeller, when most ships were made of wood. This particular boat was one of very few made of metal and for this reason it was preserved. It was a luxurious vessel that had a paddle-wheel steam engine, but also had sails. Patris was property of “Hellenic Steam Navigation Company,” the first coastal shipping company that was founded in Greece. The film was made with the collaboration of the Museum of Industrial Heritage of Syros, subordinate to the Municipality of Syros, Greece, and the Greek Ministry of Culture, the National Institute of Research, the Department of Underwater Antiquities, and the Underwater Filming Research (UFR) diving team.