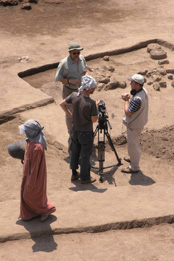 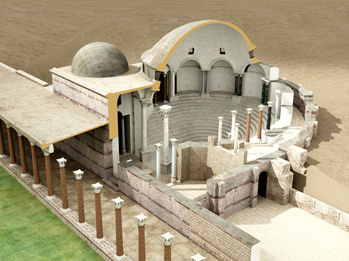 In the final installment of this film series, we go to Cairo and visit Mukattam, the city of garbage collectors, where more than 40,000 inhabitants survive by recycling garbage. We find a Polish sculptor who makes monumental sculptures on the walls of the Coptic Monastery. Visits to the famous Khan al Khalili bazaar, Coptic churches and Muslim mosques reveal the real atmosphere of today’s Egypt. In the Nile Delta, an archaeological team discovers an early settlement from 5500 years ago. We find the oldest breweries in Tell-el-Farka, one of the biggest archaeological sensations in Egypt in recent years. Discoveries in the Delta region throw new light on one of the least studied periods of Egypt’s history. Our journey along the Nile ends in Alexandria, where archaeologists uncovered ruins of the Roman town in the city center. Among many great discoveries, the most spectacular are the world’s oldest known ruins of a university.