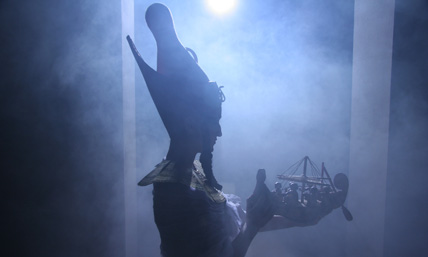 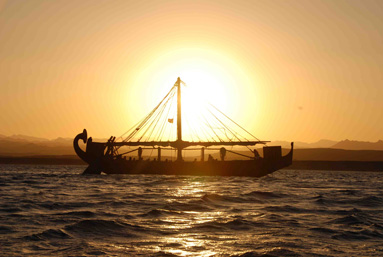 Cheryl Ward, American archaeologist and world specialist in ancient navigation, is coordinating the design and construction of the replica of an Egyptian ship from the time of the New Kingdom. Details for building the ship come from a bas-relief from the temple of Deir el-Bahri in Luxor. This inscriptions recounts that a fleet of five ships, supplied by Queen Hatshepsut in the year 1500 BC, succeeded in finding the marvelous and far-off land of Punt, from whence they brought back the most extraordinary riches. Once the reconstruction is completed, the team intends to sail in the wake of Hatshepsut’s fleet aboard their reconstructed vessel to find the mythical land of Punt and prove that the Egyptians were a seafaring people. This film proposes a unique explanation of this historic voyage, following the true adventure of historians, Egyptologists and archaeologists, and sheds new light on the reign of Queen Hatshepsut.