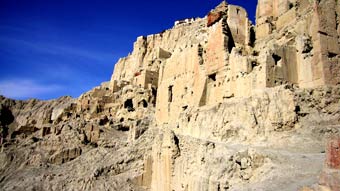 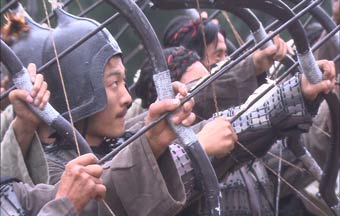 In the barren landscape of remote western Tibet lie the ruins of a mysterious kingdom whose capital, high on the Tibetan plateau, offers archaeological treasures comparable with Italy’s Pompeii. Once controlling the trade in gold, silk and spices between India and China, Guge was a kingdom of fabulous wealth and great religious significance - the cradle of Himalayan Buddhism. Yet, this spiritual and commercial hub vanished without a trace in 1630. Extraordinary altitude, hostile terrain and political upheaval have prevented all but a select few from making a serious study in this area. Guge: Lost Kingdom of Tibet follows two of the world’s experts, Tibetan Historian Tsering Gyalpo and American archaeologist John Bellezza to the extreme corner of western Tibet to unravel its mystery.