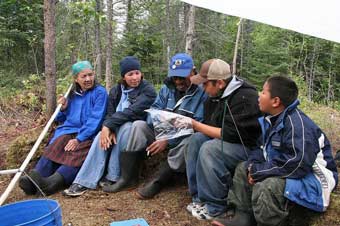 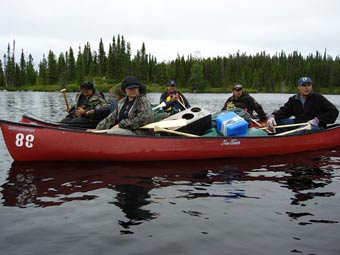 November 5th, 2005, would close the doors of the dam Eastmain-1 in northern Quebec, flooding 600 km² of Cree traditional lands. Part of a heritage of world signficance was threatened with disappearance by the flood-waters. In the summer of 2003, a team of archaeologists begin a campaign of archaeological rescue along the Eastmain River. Joining them, young people and elders of the Cree community speak out, affected by their stake in the flood-waters. Becoming involved in the process of excavation, they begin a reflection on traces left behind by their ancestors. As they uncover the vestiges of the past, they go through a process of collective mourning on the ground that is flooded today.