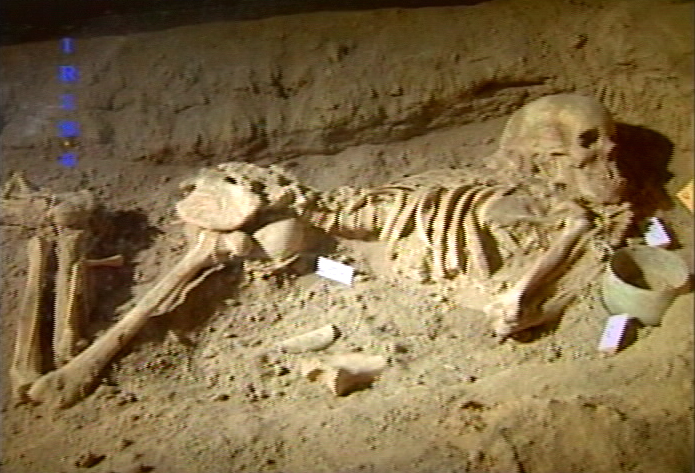 In this unusual and haunting drama, Mr. Yaghmaei, an archaeologist excavating in the southern region of Iran with his wife and son, finds the skeleton of a young, pregnant woman containing the fetal bones of her unborn child. While he is still pursuing his excavations, the archaeologist's wife dies of an incurable genetic disease which also afflicts their adult son. Through a series of touching sequences portraying the familial love of father and son, the two story lines mingle, and finally entwine, expressing to us ineffable elements of the human condition.