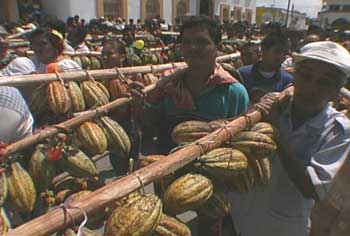 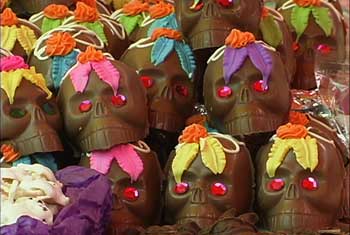 Chocolate: Pathway to the Gods explores the 3,000 year-old history of a divine substance through ritual and obsession. From Mayan kings who were buried with it to urban professionals who bathe in it, the film begins in ancient Mesoamerica and journeys throughout time to explore the history of chocolate in Europe’s finest chocolate houses where this substance is still revered as one of mankind’s highest expressions of decadence and pleasure. This film also features discoveries by several prominent Mayan archaeologists that substantiate the sacred role of chocolate in Pre-Columbian Mesoamerica and it captures for the first time an ancient, secret method of processing cacao beans that is still used today by women in rural Oaxaca.