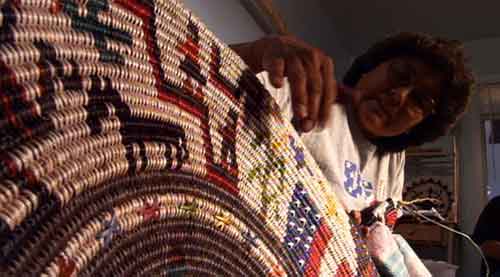 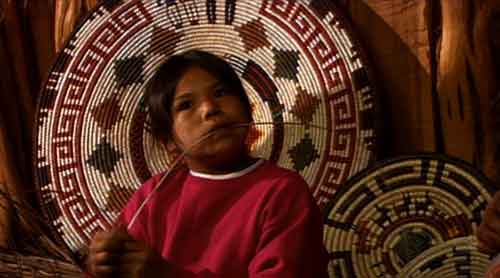 "From the Inside Out" portrays the 1970s renaissance of Navaho Indian basketry led by a group of families in the Douglas Mesa region of Utah. The film examines the transition of basket-making as it was historically elevated from practical craft to sacred ceremonial status. At its spiritual zenith, basket-making serves what the Navajo refer to as "Hozho"–bringing beauty, balance, order, and harmony to their lives.