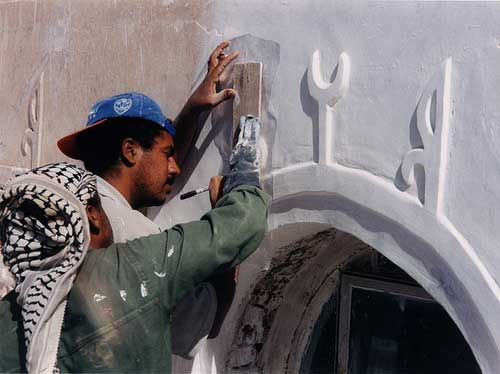 In 1983, Yemeni and Dutch governments collaborated to restore and preserve a 16th Century mosque in the town of Rada, Yemen, called the "Amiriya Madrasa." Covering the original structure was a type of ancient lime waterproofing plaster, called "qudad." Difficult to apply properly and taking over a year to cure, qudad was used for millennia before the secrets of its manufacture and use were nearly lost. In this film, the ancient knowledge of qudad is reborn in the restoration of Amiriya Madrasa.