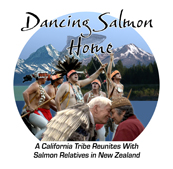 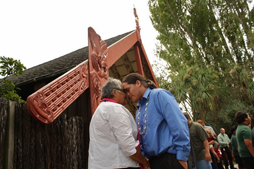 Dancing Salmon Home is an emotional journey of loss and reunification, across generations and oceans, as members of the Winnemem Wintu tribe of northern California travel to New Zealand to meet their long-lost Chinook salmon family relatives who were missing from their McCloud River homeland for 65 years. Along the way, the 28 tribal members hold four days of ceremony beside New Zealand’s Rakaia River, forging enduring bonds with the Maori people of the region, sharing a message of respect for the natural world and launching plans to bring their salmon home.