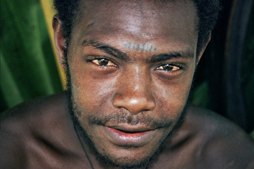 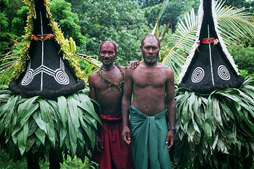 Stori Tumbuna: Ancestors’ Tales was conceived as an opportunity for the Lak of New Ireland, a large island in Papua New Guinea, to tell their stories in their way.  In the words of filmmaker Paul Wolffram, “It’s a story of how I came to know the people of the region and how my story became forever woven into their own....  I was to become enmeshed in events that resulted in bloodshed and death.  What’s more, I was held responsible.”  The film was shot over several years and takes its structure from the traditional mythologies of the region.  Unlike most films based on the lives of traditional communities that are told from the point of view of an outsider, this film adopts indigenous narrative structures and presents a collaborative account that privileges local points of view and the Lak ethos.