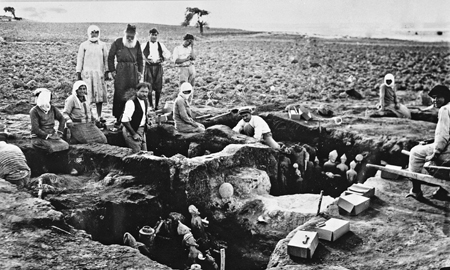 During his stay on the island from 1865 until 1876, the American consul in Cyprus, Luigi Palma di Cesnola, became an amateur archaeologist in order to profit from the trade of antiquities. He gathered up more than 35,000 objects. When local authorities prohibited the export of this enormous collection, Cesnola loaded his treasures onto boats and shipped them to New York. Although the island had been heavily pillaged, fifty years after Cesnola’s departure, a village priest led archaeologists to the village of Agia Eirini, where they made a unique discovery of great importance for the entire Eastern Mediterranean.