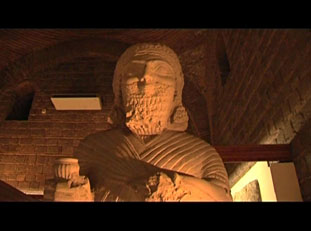 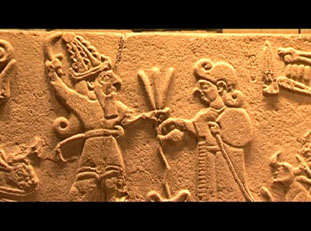 The history of the Arslantepe (the Hill of Lions) archaeological site, located in Malatya, eastern Anatolia, dates back to the 5th millennium B.C. An Italian archaeological expedition, led by Professor Marcella Frangipane, has been excavating here for over thirty years, bringing to light important finds symbolizing the universality of Anatolian cultures. Beginning with the lion that symbolizes Arslantepe, this documentary film narrates the changes, transformations and discoveries that have taken place over the course of recent years and also the excitement on the part of both archaeologists and their local helpers over the new excavations being inaugurated in the western part of the site. Professor Frangipane accompanies us during this journey back through history, from Istanbul to Cappadocia and eastern Anatolia, all the way to the Euphrates River and the neighboring territories that shelter the remains of recently discovered Neolithic villages.