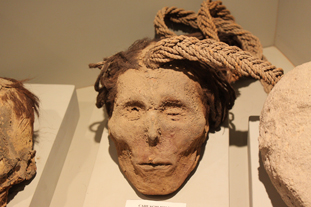 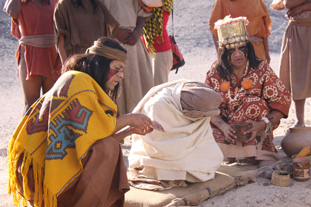 Etched, as if by giants, onto the arid moonscape of Peru’s southern desert lies one of man’s greatest mysteries; the Nasca Lines. More than 15,000 geometric and animal-like patterns have been discovered criss-crossing the land like a vast puzzle. Who built them and what was their purpose? And are the Lines connected to the gruesome discovery of large cache’s of severed human heads? Now, after decades of misunderstanding, modern archaeology may finally have the answer. Excavations in the surrounding mountains are uncovering extraordinary clues about the people who made them and why. Archaeologist Christina Conlee’s recent discovery of a young male skeleton, ceremonially buried but showing gruesome evidence of decapitation, lead to more questions and possible answers to these great mysteries.

Awards/Selections:
Agon 2012: Award of the Archaeology online magazine
Award of the Public Rovereto 2012
“Premio Citta di Rovereto-Archaeology viva” (given by public to most appreciated film)
Submitted to 12th International Archaeological Film Festival of the Bidasoa