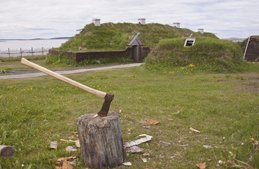 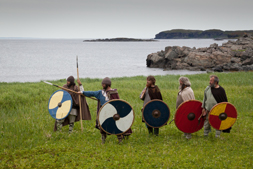 Completing the Circle symbolizes the completion of human migration around the world.  By being the first people to cross the North Atlantic and encounter indigenous people in North America, the Vikings closed the circle.  This film explores the following questions: Who were the Vikings, otherwise known as the Norse?  How and why did they end up at L’anse Aux Meadows?  What were they looking for?  Why camp at L’anse aux Meadows?  Where is Vinland?  Did they encounter indigenous peoples?  Why did they leave?  Why didn’t they stay longer?  What archaeological evidence remains of the Norse presence at L’anse aux Meadows?  How was the site discovered?  The video is not meant to give a full description of the historic site and it does not replicate the on-site experience.  Instead, it sets the context for the site and reveals the broader significance.

Shown to visitors at the L’anse aux Meadows visitor center since July 2012.