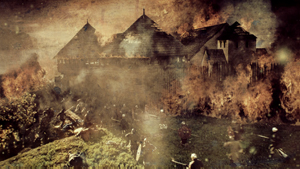 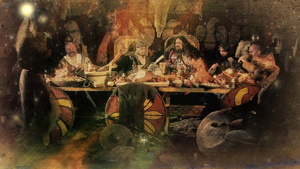 The film follows archaeologists in a discovery story of a mysterious island on Lake Lednickie in central Poland.  Archaeologists located a royal residence established in the mid-Tenth Century by Prince Miezko I of the House of Piast, ruler of the original Polish principality.  In 966, Miezko converted to Christianity.  A body of evidence indicates that the ceremony for his baptism and the official adoption of Christianity in his realm took place in the royal chapel on Ostrow Lednicki Island.  Later, his son Boleslaus the Brave, first king of Poland, made Ostrow Lednicki a favorite residence.  The island’s grandeur perished in a dramatic attack by a hostile force, because of which it managed to keep its secrets undisclosed until today.  The archaeologists’ virtual reconstruction of the island stronghold and re-enactments in this film present the story of life and the events that happened here over a thousand years ago.