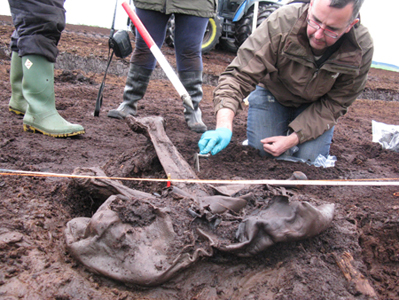 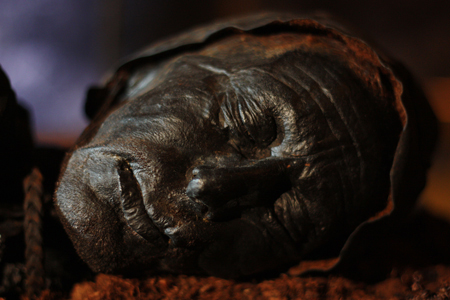 In the rolling hills of Ireland’s County Tipperary, a laborer harvesting peat from a dried-up bog spots the remnants of a corpse and stops his machine just in time, revealing a headless torso almost perfectly preserved and stained dark brown by the bog.  Archaeologists recognize the corpse as one of Europe’s rare bog bodies: prehistoric corpses flung into marshes with forensic clues often suggesting execution or human sacrifice.  The corpse eventually will be dated to the Bronze Age, over 3,000 years ago.  Many of these were victims of shocking violence–showing evidence of axe blows, hanging and stab wounds.  Like a crime thriller, NOVA follows archaeologists and forensic experts in their methodical hunt for clues to the identity and the circumstances of this and other violent deaths of bog body victims.