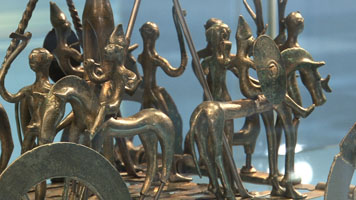 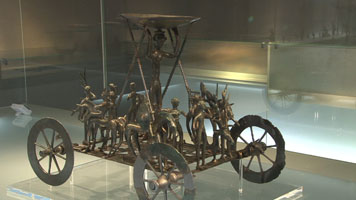 During the Bronze and Iron ages, society became increasingly specialized, with differences between rich and poor growing more pronounced. For the first time ever, weapons were forged that were intended primarily for combat with other humans. Trade flourished, and in the Burgenland region in eastern Austria, swords were found that either were copies of Greek rapiers or were supplied directly from Mycenae. In Metal Ages or The Hierarchization of Society, we see the history of trade and social development in this region while learning about important advances in archaeological methodology that still are in use today.