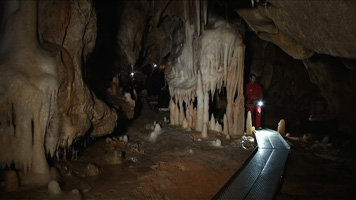 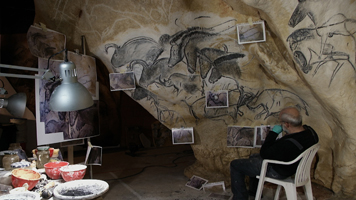 A team of artists, visual artists and prehistorians was appointed to oversee the creation of the Pont d’Arc Cavern, a detailed replica of Chauvet Cave. The film follows the Catalan painter Miquel Barcelò as he observes and comments on the work of the artists while they create the reproductions. Going back and forth between the original Cave and the Cavern, the film gives the viewer an exceptional feeling of intimacy with the paintings and drawings. It enables us to feel their emotional power and understand the incredible techniques used by artists in deep prehistoric time. Here, one is facing the works of great masters whose art can be compared to that of Rembrandt and the surrealist, Miro.