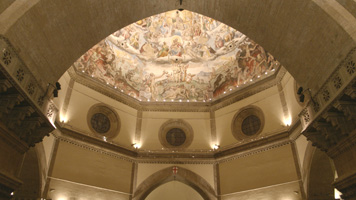 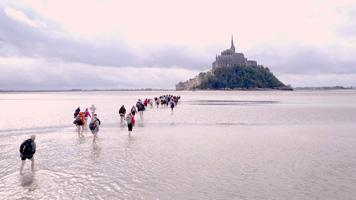 In the first century AD, Jesus of Nazareth was crucified on a hill in Jerusalem. From belief in his resurrection emerged, out of Judaism, a new monotheism: Christianity. Born in the darkness of a cave in Palestine, early Christianity was forbidden by prevailing authority. It lived in secret for three centuries. To gather and practice their rites, Christians built monuments adapted to their worship: churches. Over time, Christianity spread to all continents, creating monasteries, churches and cathedrals, ever taller, ever more capacious. From Jerusalem to Mont Saint-Michel, from Florence to Moscow, through Chartres and Seville, the Christian monumental style transformed itself at every crucial turn in Christianity’s history, including the division of Eastern from Western orthodoxies, the advent of Gothic architecture, the Muslim conquests, and the Renaissance. In all this diversity, these buildings express Christians’ faith, plus their frantic race to height and light, for the glory of God.