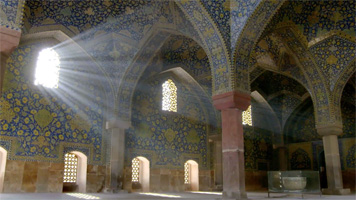 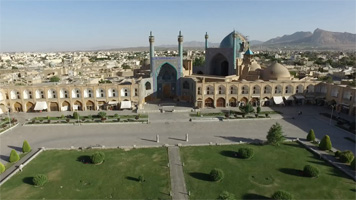 Islam arose in the 7th century, after Judaism and Christianity. It is the last born of the great monotheistic religions. From the Arabian Peninsula, the Prophet Muhammad and his followers conquered gigantic territories. Islam’s diffusion was dazzling and rooted deeply. Its conquests led to the construction of new spaces for worship: the mosques—places of assembly and prayer for the Muslim faithful. Witnesses to faith, and markers of the power of great Muslim rulers, the mosques tell us, by their diversity, the whole history of Islam, its spirituality incarnated in monuments where sacred architecture reaches the heights of ingenuity and beauty. Refinement of art and immensity of spaces are the primary principles, perpetuated over more than ten centuries, from Jerusalem to Cordoba, Istanbul to Cairo, Delhi to Isfahan.