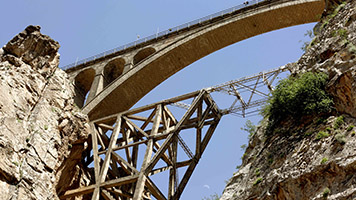 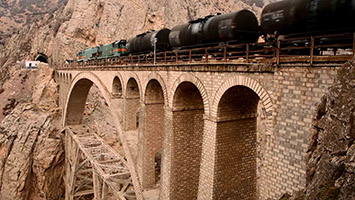 This documentary focuses on one of Iran’s most historic features: the 70-year-old Veresk Bridge. The bridge was constructed in 1937 by Reza Shah, the Shah of Iran, but it gained the nickname "Pol-e Piroozi” (meaning Bridge of Victory) during World War II as it was used by the Allies to deliver aid to the Soviets in their fight against Hitler. At one point, the demolition of the bridge was requested by Hitler himself, but the request was denied by the Shah. Today, the bridge is used approximately four times per day by trains connecting between Tehran and Gorgan or Sari. “Vars” picks up the story as the insurance policy for the bridge has expired and there is some speculation as to whether or not it is still usable for transit.