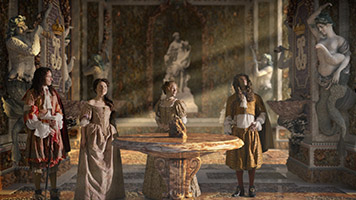 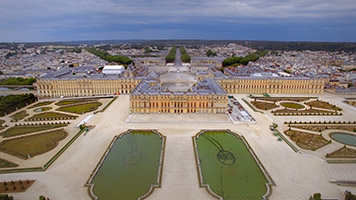 As the Palace of Versailles undergoes unprecedented restoration work and an extensive digitalization campaign of the many maps relating to it (over 10,000 in all over the past 40 years), this film reveals the story of how the royal château evolved to reflect the Sun King’s growing ambitions and power over his 70-year reign. Viewers watch as Versailles is brought back to life though fiction and 3D imagery, from its initial conception to the architectural masterpiece we know today. The Sun King's most fanciful ideas—including a hedge maze, marble baths and the private royal art gallery—are brought back to life through computer generated imaging. Unique scanning technologies, new excavations in the gardens . . . all this and more will offer fresh insight into the world’s most visited palace and the life of the Sun King.