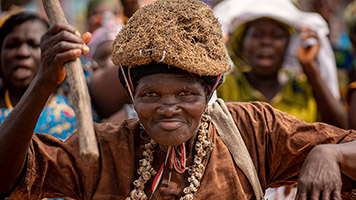 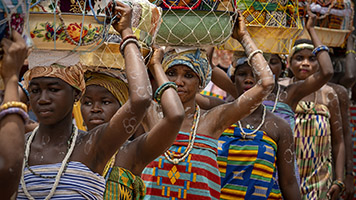 The Yam Festival, known in the local Ewe dialect as “Te Za,” is a harvest festival in the Asogli State in the Volta Region of Ghana. The very colorful Yam Festival takes place in September of each year and is presided over by the paramount chief and president of the National House of Chiefs, King Togbe Afede XIV. This short documentary film looks at the music, dancing, feasting, and local crafts of the Festival, as well as the ways in which it celebrates family, farmers, culture, and unity.