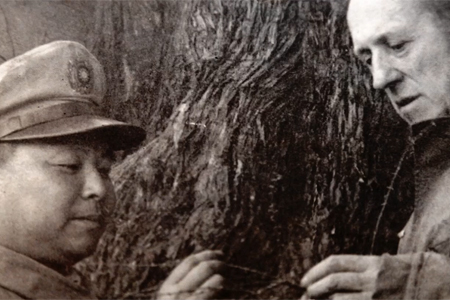 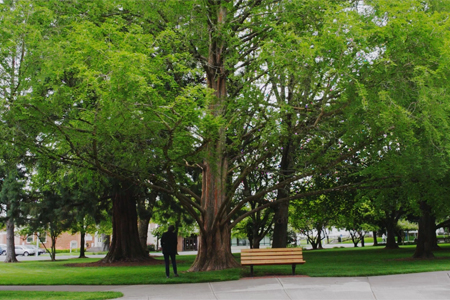 A tree from the distant time when dinosaurs roamed, of a species thought to have gone extinct perhaps 5 million years ago, surfaced in a remote area of China amidst WWII. This ancient tree was nothing like those seen before—a deciduous Dawn Redwood, scientific name “Metasequoia,” which was most common in the continent now known as North America about 50 million years ago. A battle over academic credit for this discovery pitted paleobotanist Dr. Ralph W. Chaney of the University of California, Berkeley, against Dr. E. D. Merrill of Harvard and raged for decades in America. Meanwhile, the scientific community ignored the role of the original Chinese discoverer, a botanist from the Chinese Ministry of Forestry, Wang Zhan. And in 1952, a Dawn Redwood tree at Hoyt Arboretum in Portland, Oregon, became the first of its kind in the Western Hemisphere to produce cones in about 6 million years!