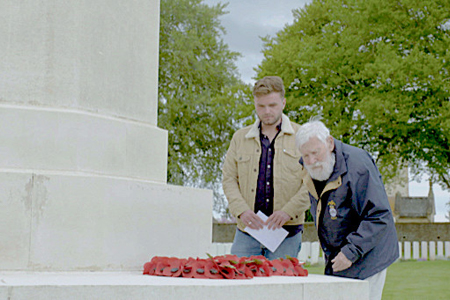 When young archaeologist, John Henry Phillips, makes an ambitious promise to an aging and courageous WWII Royal Navy veteran, Patrick Thomas, they both have no idea where the resulting adventure will take them. In a race against time, and with modest means, a team of undersea explorers struggles to locate a lost D-Day ship off the coast of Normandy. What starts out as an archaeological expedition, to recover the past and memorialize lives lost on that fateful day, becomes a lasting friendship between the two men.