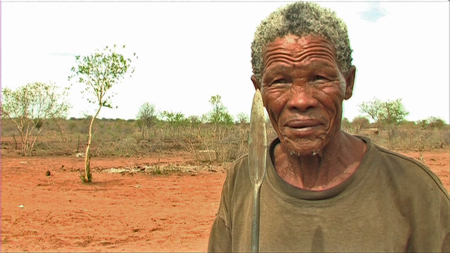 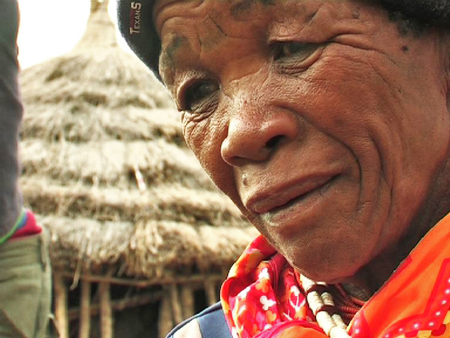 Bitter Roots puts to rest a Kalahari Myth.  Set in Nyae-Nyae, a region of Namibia in southern Africa’s Kalahari desert, traditional home of the Ju’hoansi, Bitter Roots updates the ethnographic film record begun in the 1950s by John Marshall, whose films documented 50 years of change, and who, together with Claire Ritchie, established a grass-roots development foundation, which Adrian Strong (the film-maker) joined in the late 1980s.  This film observes the erosion of a community-led development process in Nyae-Nyae following an imposition of a new agenda by the World Wildlife Fund, which prioritizes wildlife conservation and tourism over subsistence farming.  The film sensitively examines the problems facing the Ju’hoansi, challenging the myth that they are culturally unable to farm.  The film investigates the perpetuation of this myth by showing how tourists and film-makers still demand to see how people used to live rather than the way they live now, and how the Ju’hoansi cope with such expectations while steadfastly continuing to farm against all odds.