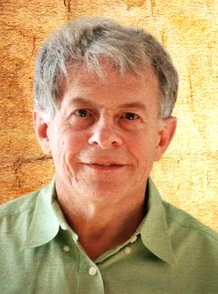 Joseph Schuldenrein is president and senior scientist of Geoarcheology Research Associates (GRA) in Yonkers, New York. He has been a Visiting Scholar at New York University since 1996. His professional expertise is in geoarchaeology, a sub-discipline that introduces earth science techniques to traditional archaeological excavation. Joe has worked extensively across North America and the Old World. He received his doctorate in 1983 at the University of Chicago. Recent research in North America has concentrated on the urban archaeology of New York City and Native American landscapes of the Atlantic Coast. Joe’s projects in South Asia have ranged from Human Origins investigations to the beginnings of civilization of the Indus Valley. During the Iraq war Dr. Schuldenrein’s team helped direct a forensic archaeological mission in support of the Saddam Hussein prosecution. His newest venture is an assessment of Cultural Heritage Sites in war-torn Afghanistan (2011). Dr. Schuldenrein publishes widely in numerous archaeological and geological journals. He is a reviewer for American Antiquity, Geoarchaeology, and Quaternary Science Reviews. He has acted as Principal Investigator or Consulting Scientist for grants awarded by the National Science Foundation, Wenner-Gren, National Endowment for the Humanities, and the Institute for Aegean Prehistory. Dr. Schuldenrein has been interviewed for PBS, as well as national and regional TV and radio outlets over the past 30 years.