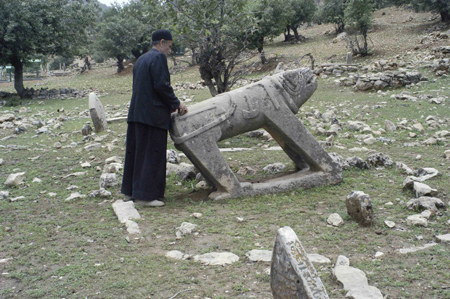 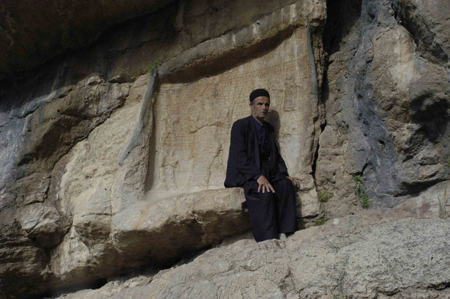 In the cool of Khuzestan province, Iran, an old shepherd tends his herd.  “I was neither a good husband for my wife or a good father for my children,” admits Baliti.  But he is a conscientious guard.  He has made it his life’s mission to protect the ancient engravings at Koul Farah, an ancient heritage site.  This Elamite temple comprises six engravings depicting religious ceremonies and scenes of sacrifice dating back some 3000 years.  Living alone in an isolated gorge, Baliti is guarding them with his rifle for the nation, even though he feels the nation doesn’t appreciate it.  But he clearly remembers who does value Koul Farah’s worth: the esteemed Mr. Roman Grishman, a French archaeologist who made a big impression on Baliti forty years ago and whose visit he still discusses with the sheep in his care, or any visitor who cares to listen.