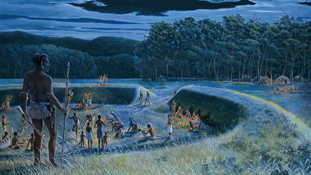 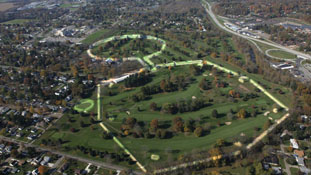 Beginning over 2000 years ago, enormous earthworks were built along Ohio’s Scioto River, all constructed on a grand scale with intriguing precision. Many were designed as combinations of giant geometric squares, circles, and octagons. Amazingly, the earthworks seem to adhere to a master architectural design, the earthen signature of a bygone culture. We will never know what these people called themselves, but today the ancient builders are known to archaeologists as the Hopewell Culture. These people had neither towns nor villages. But they did have big ideas and advanced understandings of geometry and astronomy to carry them out. The mysteries persist. Yet, here, we find a tantalizing glimpse into a way of life that resulted in monuments of earth that challenge the imagination.