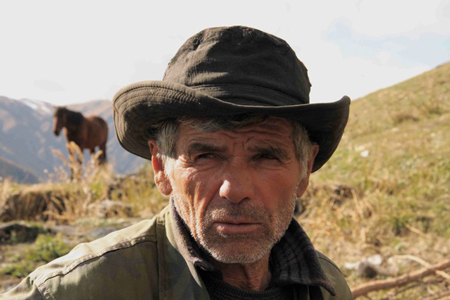 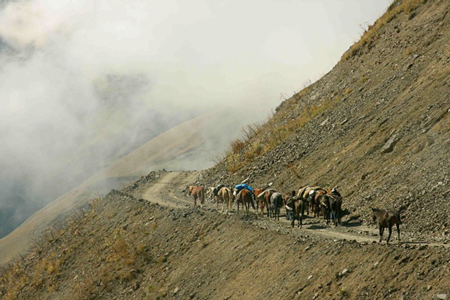 Samucha lives in the mountains of Tusheti, a tiny region in Georgia on the border with Chechnya. He is a fabulous horse rider, a shepherd, a musician, a singer, and a storyteller. His name is legendary and he has led a tough existence, living mostly outdoors in the Caucasus Mountains against harsh weather conditions and sometimes dangerous wildlife. This year, as every springtime, Samucha migrates with his flock of 2,000 sheep to reach the high plains of the Caucasus. He feels tired and old and after this season it will finally be time for him to retire. He will spend the summer on the plateau accompanied by his two sons, David and Kwiria, to whom he will soon hand over his herd. Their time has come to become true Caucasian shepherds like their father and perpetuate the traditions of their ancestors.