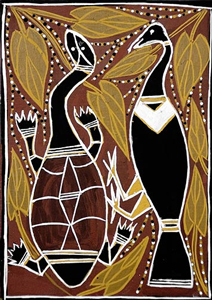 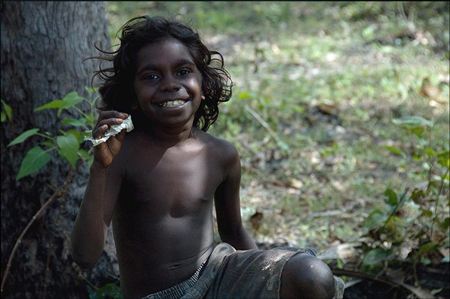 This artful film paints a compelling portrait of the people, history, culture, and place of the Yolngu people of the Arafura Swamp of north-central Arnhem Land in the Northern Territory of Australia. Ramingining is an isolated town about 500 kilometers east of Darwin, within the Yolngu homeland. Set up by the government in 1972 to bring together the different peoples of the region, Ramingining consequently is a mixed settlement of primarily Yolngu people. Many are close to or on their traditional tribal lands, but others are some distance removed from them. The film makers decided upon twelve key subjects, each dealing with a particular aspect of Yolngu culture, place or history. These modules, poetic in nature with strong and sometimes ethereal imagery, are generally accompanied by words from different Ramingining storytellers.