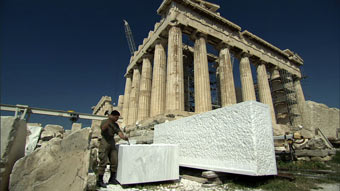 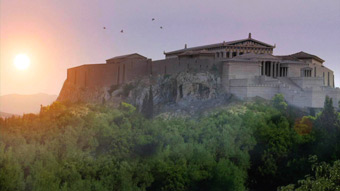 For 25 centuries the Parthenon has been shot at, set on fire, rocked by earthquakes, looted for its sculptures, almost destroyed by explosion, and disfigured by well-meaning renovations. It has gone from temple to church, to mosque, to munitions dump. What could be next? How about a scientific search for the secrets of its incomparable beauty and astonishingly rapid construction? Over the last 32 years, experts have disassembled, analyzed, and painstakingly repaired thousands of marble blocks, bringing to light the Parthenon's astonishing, unsuspected design features. The Parthenon conceals subtleties that at first glance seem impossible given the techniques of the day. Ancient Greek building secrets are revealed that are as ingenious, concise and as easy to use as anything in today's toolbox of architectural techniques.