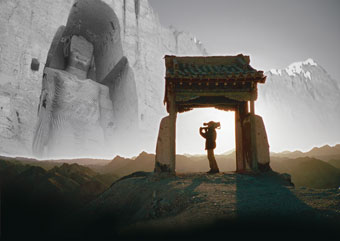 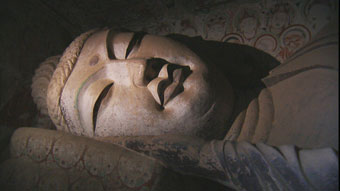 In March 2001, two huge Buddha statues were blown up in the remote area of Bamiyantal in Afghanistan. This dramatic event surrounding the ancient stone colossi—unique proof of a high culture that bloomed until the 13th century along the Silk Road—is the starting point for a cinematic essay on fanaticism and faith, terror and tolerance, ignorance and identity. Oscar nominated director Christian Frei's thought-provoking film journeys along a perimeter that both divides and unites people and cultures.