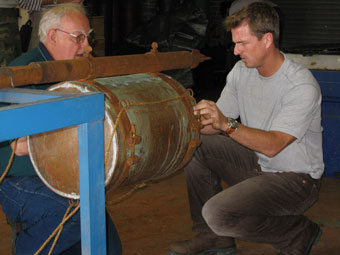 In a desperate bid to turn the tide of America’s Civil War, the Confederacy launched a new and daring weapon: a forty-foot submarine, armed with a primitive torpedo. On its maiden voyage, it destroyed a mighty Union warship, yet its crew never returned home. In this documentary, new archaeological evidence is used to reconstruct the crew’s final moments and reveal, for the first time, what likely sank the H.L. Hunley.