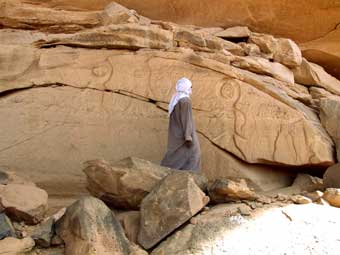 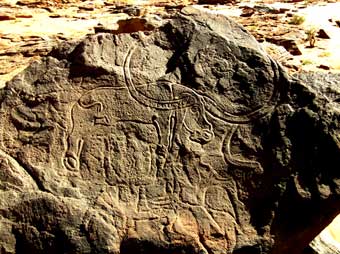 The age-old history of the Sahara Desert is characterized by alternating phases of climatic extremes alternating between periods of great dryness and heavy rains. About 12,000 years ago, after a period of extreme drought, the rains returned and life began slowly to return to this desolate landscape. Thus, in the central Sahara, on the massifs of the Tadrart Akakus and the Messak in southwest Libya, the first communities formed, tough and vital, and culturally accomplished. Through the cave paintings and the shelters in which they survived, these communities have left intact a book of stone which has revealed much to the world today about their extraordinary and evolving human story.