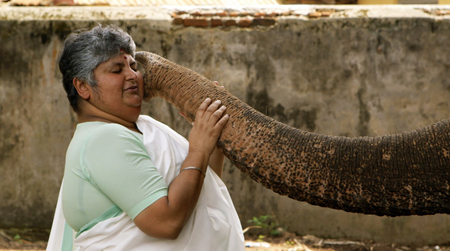 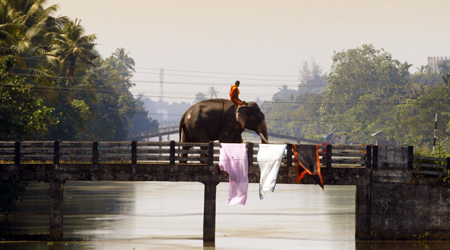 In the midst of bustling traffic, wiry men can be seen leisurely weaving their elephants between cars and motorized rickshaws.  Unperturbed by the noise and crowds around them, the mahouts ride atop their bulky creatures as they wander majestically through the city.  For Hindus, elephants symbolize the highly revered god Ganesha, who is responsible for happiness and fortune.  Over 5000 mahouts live in the state of Kerala in southwestern India.  The men look after the elephants of temples and wealthy private citizens.  The elephants are the highlight of every religious ceremony and festival in countless Hindu temples throughout the country.   The Mahouts of Kerala is a window into the exotic world of the elephant-loving Princess Lakshmi and the mahout Kuttan, whose family has been caring for the Maharaja’s elephants for generations.