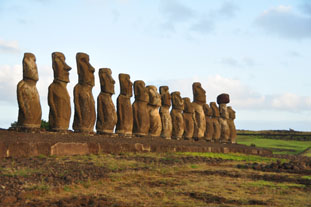 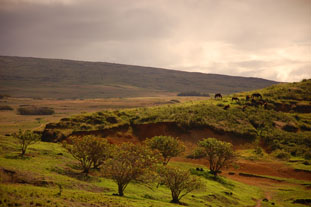 A remote, bleak speck of rock in the middle of the Pacific, Easter island has mystified the world ever since the first Europeans arrived in 1722. How and why did the ancient islanders build and move nearly 900 giant statues weighing up to 86 tons? And how did they transform a presumed paradise into a treeless wasteland, bringing ruin upon their island and themselves? NOVA explores controversial recent claims that challenge decades of previous thinking about the islanders, who have been accused of everything from ecocide to cannibalism. Among the radical new ideas is that the islanders used ropes to “walk” the statues upright, like moving a fridge. With the help of a 15-ton replica statue, a NOVA team sets out to test this seemingly unlikely notion in this fresh investigation of one of the ancient world’s most intriguing enigmas.