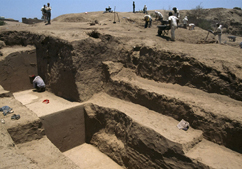 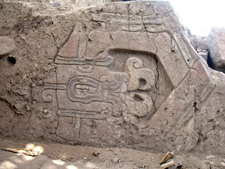 Four thousand years before the Incas and the arrival of the Conquistadors, the Andes and the northern coast were the cradle of Peru’s earliest civilizations.  This is known as the Formative Period, when the religious class began to build sanctuaries that became centers of learning.   People traveled long distances to visit in search of knowledge of the best seasons to plant their crops or when to expect the arrival of the El Niño weather phenomenon.  The Chavín, Caral, Ventarrón, Sechin, and Cupisnique cultures reached surprising levels of technological development, with works like the Cumbemayo canals of the Cajamarca culture, which is the largest work of hydrological engineering carried out in the ancient Americas.  Millennial Peru journeys back through the most ancient periods of Peru’s complex societies.