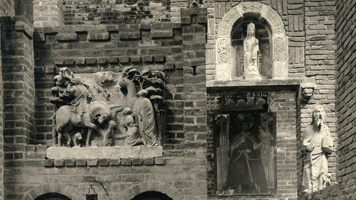 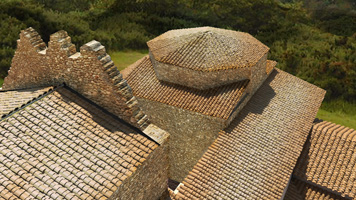 Archaeological researchers can further their knowledge of a major historical site such as St. Michel de Cuxa in more than one way.  When this story began, over 1000 years ago, neither France nor Spain existed as we know them.  There was just Europe, violent, fragmented, the legacy of the Carolingian era.  And here, in what is now southern France, was the Têt valley and, not far away, the Episcopal see of Elne, close to modern Perpignan.  In this film, researchers digitize the entire building, using drones and scanners, to recreate in 3D certain aspects of the abbey that now are lost.  Scientists examine the subsoil using radar, seeking cavities and buried foundations.  And historians suggest alternative arrangements for sculpted fragments.  They all have been working together for nearly five years to recreate, on screen, the successive abbeys predating the one in which you can stand today.