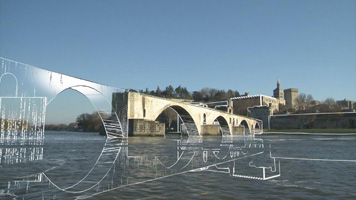 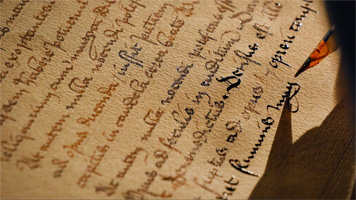 Thanks to the wonderful children’s song taught in schools throughout the world, hundreds of millions of people have, somewhere hidden in their mind, a Pont d’Avignon. This is a very singular bridge where people dance as they like, a bridge intimately linked to childhood. However, its image remains vague. This monument, one of the most famous in the world, is in fact very intriguing: huge fortified walls which could belong to fairy tales, overlooked by an abrupt rock, one of its piers supporting a strange chapel… but most of all, a bridge that stops right in the middle, like a cliff over a river. Questions urgently arise: what happened to the bridge which haunted my youth? Why is there so little left? Where did it lead to? And what did it look like in all its glory?