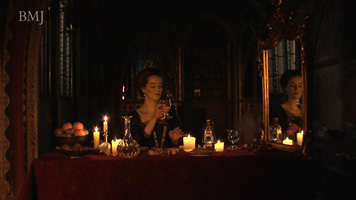 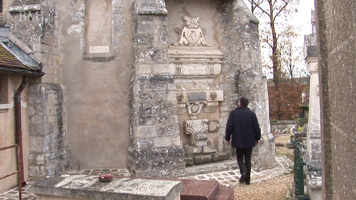 Miracle beauty products may be a staple Christmas present today, but they’re not a recent invention. Diane de Poitiers, a French noble woman and mistress of Henry II of France, tried to use gold to preserve her looks—in alchemical law, gold was immutable, and alchemists and apothecaries created various potions to pass this gift on to their customers. This short film is about a French research team’s investigations of Diane’s remains and its discovery that the gold and other minerals she used to preserve her youth were actually slowly poisoning her. The researchers were Philippe Charlier of the Raymond Poincaré Hospital in Garches and Joël Poupon of the Lariboisière Hospital in Paris. Filming was also done in the Louvre Museum in Paris and at the Château d'Anet, where Diane de Poitiers lived. Lilley Mitchell stars as the ghost of Diane.