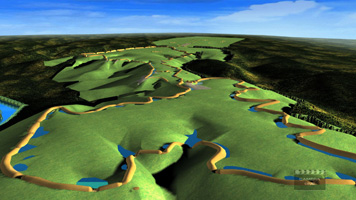 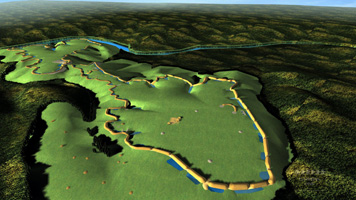 Imagine a traffic jam of the largest commercially available dump trucks. Now, imagine that bumper to bumper line-up, each truck heaped high with earth, extending for over 400 miles! Welcome to the largest single construction project in ancient America: Fort Ancient. Over 200 years have passed since American explorers encountered the mysterious, giant, earthen walls overlooking Ohio’s Little Miami River. The name Fort Ancient is correct in one respect: it is truly ancient. Work began 2,100 years ago, but it’s doubtful that it was ever intended to be a fort. Instead, this was a giant ceremonial center designed to draw people in, rather than repel them. High-tech archaeology is revealing long-buried features. Now, for the first time, some of what has mystified observers for two centuries is starting to make sense. Here is a complex astronomical observatory, a New World Stonehenge, and much, much more!