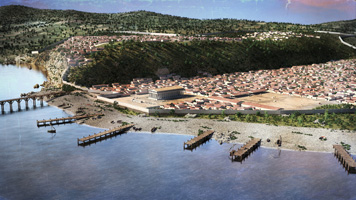 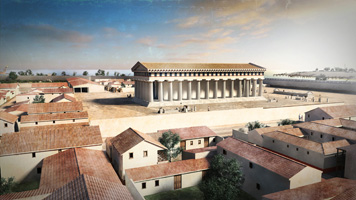 On June 30, 2016, the Italian town of Termini Imerese inaugurated a new Antiquarium which joins the Archaeological Museum and highlights the Temple of Victory in the nearby ancient Greek city of Himera. The exhibits cover findings such as the burial of 10,000 riders with their horses, a unique event in the history of Greek archaeology in Sicily. The film illustrates the epic moments of the battle, the victorious ending with the construction of the Temple of Victory, the subsequent defeat and destruction of Himera in 408 BC, and the archaeological excavations from the 19th century to today.