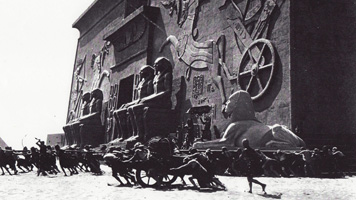 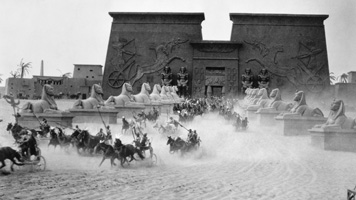 Have you seen “The Ten Commandments” with Charlton Heston? Did you know that in 1923 Cecil B. DeMille made a silent version of “The Ten Commandments”? He shot the film in Santa Barbara County, California, about 150 miles north of Hollywood, and built a huge City of the Pharaoh set. Designed by Paul Iribe, the “Father of Art Deco,” it was the largest set in motion picture history. When filming wrapped, the city mysteriously vanished. In 1982 Peter Brosnan was sitting in a bar and someone told him that there were ancient Egyptian sphinxes buried somewhere in the California Dunes. It sparked his imagination and he embarked on what turned out to be a thirty-year battle to prove the existence of these sphinxes and the discovery of the Lost City, culminating in the world’s first archaeological excavation of a movie set.